TUSD SHUTS DOWN DEPT, BANS BOOKS & ISSUES DRACONIAN DIRECTIVES AS TO WHAT CAN AND CANNOT BE TAUGHT IN SCHOOLS

"Instead of seeing Hispanics as outsiders who do not belong here, we need to start seeing them as ancestors of the original inhabitants of these lands. They are the living fulfillment of the Ghost Dance prophecy." - Chief Billy Redwing Tayac, Piscataway Nation

The above quote best contextualizes the battle in Tucson. Mexican American Studies, also known as Chicano/a Studies or Raza Studies, in effect, is the study of peoples who trace their lineage to this very continent, many thousands of years before the arrival of Columbus. There is no doubt that these peoples have mixture (like virtually every human being on this planet), however, the fact remains that their roots are Indigenous and part of daily, living maiz-based cultures. A primary objective of MAS has always been the recovery of those cultural roots that in the past have been denied. In Tucson, the teaching of these studies, of these roots have not just been outlawed, but, in effect, criminalized.

While TUSD continues to be under court orders to desegregate, and while the state is being sued (Acosta) in federal court over the 2010 anti-ethnic studies HB 2281 bill, both TUSD and the state are seemingly unaware that in passing and complying with HB 2281, they are in clear violation of at least 9 international treaties and conventions. These include the 1948 Declaration of Human Rights and the 2007 UN Declaration on the Rights of Indigenous Peoples, all of which protect the right to culture, history, identity, language and education.

Below is a document containing 9 directives that is mind-boggling in its brazenness, one that reveals the manner in which the law is being flouted and how teachers and students are being subjected to abuse and repercussions.

In close to 40 years of journalism and column writing, I have never seen anything quite like it. Initially, I picked this document up from one source, then several. It is undeniably authentic. This document was issued in mid-January by TUSD officials, given to MAS educators, instructing them as to what they can and can't teach and how, etc. The first thing I noted was that it was not on TUSD stationary. This is referred to as: "plausible denial." It intentionally leaves no fingerprints. To be sure, there have been other [verbal] directives regarding these same issues.

The context behind this document is that the MAS Department has been dismantled, the discipline thrashed and the curriculum banned (along with books, videos art, posters and other teaching materials). On top of this, the teachers and students have been demonized, and slandered. All this is due to HB 2281 – which as a community, we will never recognize as a law. The TUSD governing board, under the direction of the TUSD superintendent, rather than fight the unconstitutional HB 2281, buckled and ordered its suspension, and with it, ordered all MAS teaching materials out of the classrooms.

This issue is even more insidious than appears on paper. It is the result of a ferocious war against MAS and it is not an exaggeration to say that this is part of a 520-year battle. Or as former state schools' superintendent, Tom Horne, the author of the anti-Ethnic Studies bill refers to it, a civilizational war. His primary objection has always been that the MAS curriculum does not derive from Greco-Roman thought, and thus, un-American. He is right on the first count; the philosophical foundation of MAS is derived from the concepts of In Lak Ech (You are other my self) and Panche Be (To seek the root of the truth). The concepts are derived from a maiz- based philosophy, undeniably Indigenous to this continent, in origin./

It is precisely because of Horne's language that it is wrong to refer to his or his successor's actions (John Huppenthal), as McCarthy-esque or Nazi-esque. Instead, Horne provides the correct model… precisely stemming from the era of the Inquisition… it is a virtual "auto de fe" (a 1500's era religious edict authorizing the destruction of native culture, including books, etc)… It is also part of the 300-year program referred to as a "reduccion" in which the objective was to stamp out all things Indigenous. Below is the document and the dissection of each directive:

The obvious problem here is that there is no consensus as to what constitutes a "Mexican American Studies" perspective, though it is clear that this is an attempt to eliminate the perspectives of a people. This directive alone appears to violate every international human rights treaty. 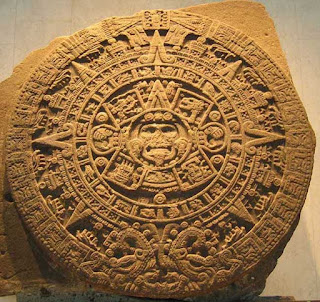 TUSD and the state have created a task for themselves; to enforce this directive, they will have to create a definition as to what constitutes a Mexican American [Studies] perspective. They then have to establish parameters of what can and cannot be taught and then they have to create an enforcement mechanism. Actually, this document appears to be the beginning of this process. One teacher, Norma Gonzalez, was specifically told after the TUSD vote, that she cannot teach the Aztec Calendar or anything related to Mexican culture and history. Ironically, the Aztec Calendar and its related philosophies, can and is being taught in a native class, but not through MAS. Here, TUSD is showing evidence that it is also involved in defining the boundaries of what is Mexican vs. what is native. A quote in The Progressive, from banned author Sherman Alexie is appropriate here: "Let's get one thing out of the way: Mexican immigration is an oxymoron. Mexicans are indigenous." One of his books, "The Lone Ranger and Tonto's Fist Fight in Heaven," is part of the MAS banned curriculum.

"The teachers cannot use the MAS curriculum designed individually or by MAS staff in TUSD."

Here, both the highly successful curriculum, which graduated nearly 100% of its students and validated by the 2010 independent Cambium Study, appears to have been invalidated by TUSD. Additionally, the teachers and staff have been determined to be incompetent. In the process, they have also been publicly vilified and demonized.

"The focus of student learning must not exclusively trail back to MAS curriculum and issues."

This is mind-boggling; no teacher teaches in such a manner. Beyond thought control, it appears to be an attempt to culturally restrict the parameters of Mexican American thinking – an attempt to by edict, to determine what Mexican Americans should be concerned with. An examination of the MAS curriculum will reveal that virtually every issue in the nation and world is an "MAS issue."

"Teachers should balance the use of literature focusing on multiple perspectives and varied literature."

Here is an example of a directive in search of a problem. The MAS- TUSD Department is the epitome of a program that offered multiple perspectives. Witness the banned-books reading list, with authors from every culture represented. But also unstated is the notion that all perspectives are equal, even when it comes to issues such as land theft, etc. Utilizing such logic, would teachers have to provide arguments in favor of slavery, genocide and land theft and in favor of segregation and discrimination?

"Race can be taught and discussed. However, context is important and the focus should be on using literature content as the teaching focus relative to race or oppression."

This is both oxymoronic and nonsensical. This smacks of "false generosity" – of giving teachers permission the right to teach about one of the most salient aspects of U.S. history. Regarding context, that at best is condescending; unlike letters to the editor, every teacher provides context.

"Visitations in class by an administrator will be frequent to insure compliance. (At least one visit per unit of lessons)."

Not sure that this merits an explanation. What's next… cameras in the classroom? And to be truthful, this was already proposed by Tom Horne two years ago.

"Teachers will write and submit a syllabus and/or a curriculum map that demonstrates adherence to common, standards based approach to the curriculum."

Perhaps this is the least controversial, though this still smacks of micromanagement.

"Student work will be collected by the evaluator when he/she comes into the classroom."

This is the epitome of Big Brother in the classroom. That teachers and students are being closely monitored should raise two huge red flags. That teachers can be disciplined or fired depending on the thoughts/perspectives of their students should send a chill up everyone's spine.

"Teachers can choose to submit student work that would serve as evidence that curriculum is adhered to." See the above response, which in effect also encourages self-censorship.

These directives are on paper. They are actually even more onerous in the schools. The teachers of MAS-TUSD are my colleagues. I have been collaborating with them even before since the inception of the department in 1998, via shared curriculum. Without betraying privacy, I can reveal that "repression" (can I use that word?) in the classroom is not an exaggeration, nor is it hyperbole. I have spoken (I continually do so) to the teachers and have asked them about the environment they are now teaching in. In tears, they have relayed how they are being monitored and restricted. Aside from what has already been relayed here, several have told me in tears about their computers being wiped clean, which included many years of my columns. They have told me about artwork and posters being removed and about TUSD officials coming into their classrooms during class to remove teaching materials. One told me that the books that were ordered boxed were labeled "banned books" by school officials. Yet, through all this, TUSD claims there are no banned books.

I teach their former students at the University of Arizona. They are unquestionably my brightest students. For years I have spoken in their classrooms and we present together at conferences, at forums… and we even run together. So for me, this is personal and hits close to home. Unfortunately, this is not the end of this story. The one good news to report is that when students from Wakefield Middle School were suspended (along with one Pueblo High School student), they attended my classes at the University: The History of the Chicano Movement and Indigenous Thinkers/Indigenous Philosophers. They also held a teach-in that day. At the end of my second class, they were informed that their suspensions had been lifted. The MAS department, however, remains suspended and many of the books are being held hostage in the district's school depository building. "The knowledge," however, as the students say, "cannot be padlocked."

* Five of my books and a video are on the banned curriculum list. The video is: Amoxtli San Ce Tojuan. The books are: Justice: A Question of Race; Gonzales/Rodriguez: Uncut and Uncensored; The X in La Raza, Codex Tamuanchan: On Becoming Human… and Cantos Al Sexto Sol… this last book is a collection of more than 100 Raza/Indigenous writers, writing on the topic of origins and migrations, … In effect, virtually the entire cultural production of the past generation of Raza/Indigenous writers/artists has been criminalized.

** You can see the actual document, and the list of many of the banned books at: http://drcintli.blogspot.com/

Cintli don't tweet, text, facebook and is not linked... neither do I own a TV... but you can still email or call me.
Posted by DrCintli at 10:26 AM