Recognizing Genocide and Moving Toward Liberation: Not Counting Mexicans and Indians, Part II

The mass media continues to discuss instances of police violence in this country as aberrations, bypassing the larger systems that drive them. This line of thinking actually contributes to the national crisis we are living - a crisis that goes beyond "human rights abuses." We are dealing with crimes against humanity, specifically perpetrated against the Black, Brown and Indigenous peoples and communities of this country.
Also see Part I: "Not Counting Mexicans or Indians": The Many Tentacles of State Violence Against Black-Brown-Indigenous Communities
The common threads here are dehumanization and impunity; as Professor Otto Santa Ana notes in Brown Tide Rising: "Only humans have human rights." It is this dehumanizing force that permits such egregious violence against the Black, Brown and Indigenous communities of this nation to occur, and to occur without accountability. We can see this phenomenon at work not simply on the streets, but also in the courts and in the prisons, dehumanizing institutions that have become, in effect, warehouses for people of color.
At the moment, the historic and brutal violence against Brown-Indigenous peoples remains under the radar of this nation's corporate media, the nation's conversations and its psyche. (This is not to say, of course, that police violence against Black communities should receive less attention; in fact, it should receive much moreattention, as should violence against Brown and Indigenous communities.) A particularly brutal and abhorrent case near Tucson, Arizona, helps to illustrate this attitude and relationship.
On Feb. 19, a police officer intentionally rammed his fast-speeding police vehicle into an armed and wanted suspect, Mario Miranda Valencia, from behind, sending him hurtling through the air. The suspect survived. After the incident, Marana Police Chief Terry Rozema stated that the maneuver by officer Michael Rapiejko, actually saved the suspect's life, apparently believing that the confrontation would not otherwise have resulted in Valencia's survival. It strains credulity that such a violent maneuver is deemed lawful ... and life-saving. For the rest of the article, go to:

"Not Counting Mexicans or Indians":

I am reposting this at the top because it is the one article that people keep asking about and looking for over the past several months. Please share.

"Not Counting Mexicans or Indians": The Many Tentacles of State Violence Against Black-Brown-Indigenous Communities 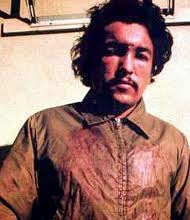 "They tried to bury us, but they didn't know we were seeds." - Popul Vuh

* VIOLENCE AGAINST BLACK/BROWN-INDIGENOUS COMMUNITIES: Normally, I don't add a commentary to what  I write, but I feel a need to here. What I wrote is part of a 65-page article/chapter about violence against Black-Brown-Indigenous Peoples, literally tracing this systemic and epidemic violence to 1492. Here it is condensed, and the opening is a little different from what I originally wrote. In the original, all the deaths from the past few months are at the top. Also, here, I am attaching the photo alluded to at the beginning.

PLEASE POST/FORWARD AND SHARE THIS FAR AND WIDE, ETC.

Between my eyes, I bear a scar in the shape of a "T" that I received on March 23, 1979, on the streets of East Los Angeles. It functions as a reminder that my skull was cracked, but more importantly, that I did not remain silent and that I won two police violence trials, for witnessing and photographing the brutal beating of a young man by perhaps a dozen sheriff's deputies.

These events are seared into my memory because of how I remember them. After coming back to consciousness, amid violent threats, I was handcuffed and left facedown on the cold street, bleeding profusely from my forehead. While in shock and unable to even lift my head, in my own pool of blood, amid flashing red and blue lights everywhere, I could see many dozens of officers giving chase and arresting everyone in sight. What I also witnessed in the reflection of my own blood was everything that I will relay here. For this lengthy article regarding violence against the Black-Brown-Indigenous communities, please go to: 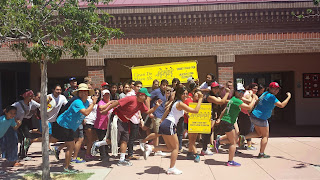 PLEASE SHARE AND START PLANNING FOR NEXT YEAR'S CINCO:

The weekend is coming up and you are looking forward to Cinco de Mayo, but this year, knowing that this is when many people denigrate Mexican people, you are determined not to insult Mexican people. What to do?  Here’s a simple guide:

#1: Do not attempt to dress up or speak like a Mexican.

#2: Do not confuse this day with September 16 or Mexican Independence day. That day celebrates independence from a tyrannical Spain.

#3: Do not associate liquor/alcohol with this date and do not call it “Drinko de Mayo.”

#4: Do not refer to Mexicans in a derogatory manner.

#5: Do not refer to Mexicans as Spanish people (Spanish people come from Spain), and also, do not come to think that everyone that speaks Spanish is Mexican.

#6: Do not ever refer to Mexican food as “Hispanic” food; virtually all the food labeled as such is Indigenous to this continent, not from Europe.

#7: Do not put on or attend a Mexican-themed party for Cinco de Mayo, if it involves the above.

Ok… but now, you still want to honor Mexicans. This gets tricky. Read #1-7 again, but if you insist, here are some suggestions:

#1: Vow to yourself that you will hereafter see and treat everyone, especially migrants, as full human beings, with corresponding full human rights.

#3: Support the DREAM movement, in particular, Scholarship A-Z. This group gives out scholarships to DREAM students, that is, students who were brought to this country without proper documentation as infants or children, and who currently have a difficult time going to college due to exorbitant tuition. To do so, go to: http://www.scholarshipsaz.org/wp/

#4: Read El Cinco de Mayo: An American Tradition, by UCLA Professor, David Hayes Bautista (University of California Press). Here, you will learn why this day is honored and celebrated by Mexican Americans.

#5: Support the right to teach Ethnic Studies in K-12 schools, everywhere, but especially here in Arizona.

#6: Treat others, the way you would like to be treated. In the Maya language, this is known as: In Lak Ech- Tue res mi otro yo-You are my other me. It is a concept found in all cultures.

#7: And finally, support or take part in the 2nd annual Cinco de Mayo 5K Sobriety Run/Walk on May 2 at the Valenzuela Center this year in Tucson, led by Calpolli Teoxicalli (Teoxicalli@yahoo.com). The run/walk are being held in protest of the hijacking of Cinco de Mayo by the liquor and alcohol industries and to raise awareness of the high rates of alcoholism in these communities. For more information on this run, being sponsored by the Mexican American Studies Department at the University of Arizona, write to: run4cincodemayo@gmail.com.

This year, you now have the option to do something different on Cinco de Mayo… and yes, dishonoring should never occur at anytime of the year, and the honoring of Mexican peoples and Mexican American culture should not be relegated to a once-a-year event.

Rodriguez, an assistant professor in Mexican American Studies at the University of Arizona, can be reached at: XColumn@gmail.com


* See you Sat morning 8a.m. at the valenzuela center in south tucson.

Posted by DrCintli at 9:13 PM No comments: