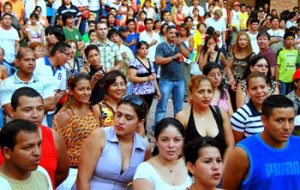 Twenty years ago, I wrote “The X in La Raza,” a political essay I referred to as an “anti-book.” I did so at a time when people were beginning to write Chicano or Chicana with an X as in Xicano or Xicana.
Though “The X in La Raza” was not a response to this development, rather, it was a response to myself, an essay I had written in 1981, titled “Who declared War on the Word Chicano? For the rest of the column, go to: ”http://diverseeducation.com/article/97500/

(Part 1 of this essay is at: Affirming a Macehual or Gente de Maiz Identity:http://diverseeducation.com/article/97423/
Posted by DrCintli at 5:40 PM No comments:

Affirming a Macehual or Gente de Maiz Identity. Part I of 2 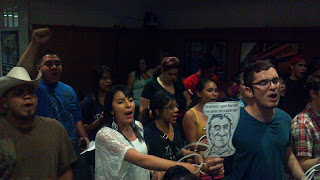 A couple years ago, someone from California wrote me to tell me that: “Mexicans are taking over Chicano Studies.”

Apparently, the person did not know I was born in Mexico. And they knew less about what this topic triggers within me. During the late 1960s and early 1970s, I did become part of the Chicano Movement, and thus identified as such during that time, though throughout most of my life, my constant identity has been Mexicano. At times: Me-Xicano. For the rest of the column, go to:
http://diverseeducation.com/article/97423
Posted by DrCintli at 6:44 AM 1 comment: