A call out to the current occupant of the White House 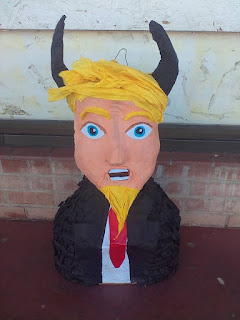 A call out to the current occupant of the White House By Roberto Dr. Cintli Rodriguez August 16, 2018 After being under relentless assault by the current president for some 3 years, on August 16th, the nation’s mainstream media – its opinion writers – are finally striking back. On this day, some 100 of the nation’s leading newspapers are set to publish columns in defense of the 1st Amendment, and against his continued calls to censorship and violence against the press. When a would-be dictator dehumanizes community after community, and also the press, it is good to see the media fight back. Aside from being a professor, as a life-long member of the media, this is my way of weighing in. Here, I asked mostly red-black-brown friends and colleagues from across the country, to not simply take part in this defense, but to also present, in the form of a call out, his v. our worldviews. To the current occupant in the White House: You believe that misogyny, xenophobia, homophobia and white supremacy are the true ideals of this nation. We believe that all people are full human beings, entitled to full corresponding human rights. You believe that you must Make America Great Again. We believe that the lands of our ancestors have always been sacred (Michael Yellowbird, Dir. Tribal and Indigenous Peoples Studies, N Dakota State Univ.). ---- You believe the earth is to be plundered by humans. We believe the earth is sacred and alive (Dulcinea Lara, U of New Mexico).
For the rest of the column, go to:  http://ethnicstudies.org/wp-content/uploads/2018/08/A-call-out-to-the-current-occupant-of-the-White-House.pdf
Posted by DrCintli at 5:57 AM No comments: