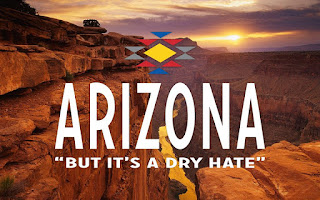 These are different kinds of racism in the United States, in this case, against brown peoples. There are many kinds and here are but a few examples:

Saturday Night Live: The kind that excludes: In all its years, SNL, which has launched many careers, has had a virtual “no Brown people need apply” policy. It is said that outside of white actors in “brownface,” no comics of Mexican origin have ever been employed by SNL and only 2 Latinos – with non-Latino sounding last names (meaning it was difficult to know they were Latinos) have been hired there in all its 40+ years. The racism there is so extreme and so normalized that it doesn’t even turn up as a topic either on google or google scholar. 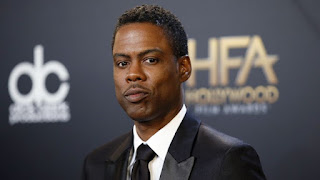 Hollywood: The kind that invisibilizes: Chris Rock noted last year that Hollywood as a whole is racist, and even more specifically against Mexicans because they are virtually shut out the industry, this amid millions of brown peoples in its immediate surrounding: http://www.foxnews.com/entertainment/2014/12/03/chris-rock-hollywood-racist-against-mexicans-there-slave-state-in-la/ 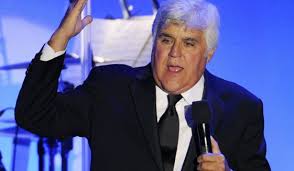 Jay Leno & other comics: The kind that dehumanizes: The racism he pedaled throughout his career was the kind that made people comfortable. His racist jabs, under the guise of humor, dehumanized migrants/Mexicans virtually on a nightly basis, which had the effect of normalizing that dehumanization. His “humor” was so effective that he has many defenders that to this day claim he was simply telling “jokes.” Many other comedians did the same, but none were as influential as he. Read: Did you call in Mexican: http://www.academia.edu/178553/Did_you_call_in_Mexican_The_racial_politics_of_Jay_Leno_immigrant_jokes 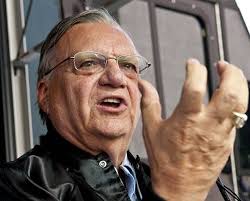 Sheriff Joe Arpaio: The flagrant kind: His racism is akin to Alabama’s Sheriff Bull Conner, an unrepentant bigot and segregationist. His flaunting of his intentional racial profiling policies against Mexican migrants led to him to lose in a federal civil rights case and actually, I believe he has lost many, many more court  cases:
http://www.theguardian.com/commentisfree/2012/jul/19/sheriff-joe-arpaio-arizona-bull-connor and an update: http://www.kpho.com/story/29867963/arpaio-asks-court-to-put-brakes-on-racial-profiling-case

Law Enforcement abuse: The violent and deadly kind: Most people in the country are familiar with the brutality against Blacks in this country, though it is highly unlikely they are aware to what extent outside of the few dozen cases that have been highlighted in the media this past year. During this same time, hundreds of Brown peoples have also been brutalized and killed by law enforcement throughout the country, generally outside of the eye of mainstream media. Here is one case that symbolizes this blindspot by the mainstream media, the case of Luis Rodriguez out of Moore, Oklahoma. His last words were: “I can’t breathe,” which can be heard at the beginning of the tape. Akin to virtually all cases against Black-Brown-Indigenous peoples, no charges were filed against the five officers involved: https://www.youtube.com/watch?v=Qy66quF0pek

The Mass media: The kind that dehumanizes and disrespects: Media types have for decades referred to migrants without documents as “illegals,” “wetbacks” and “anchor babies,” seemingly unaware of the dehumanizing effect of the denigrating terms.

Census Bureau: The demographic [genocide] kind: When the Census Bureau continues its throwback practices of, in effect, forcing brown peoples to identify as “Hispanics” – a name that invisibilizes their Indigenous background and that emphasizes the people that colonized the Americas. Also, their practice of imposing a white identity on brown peoples also manifests when hospitals/morgues issue birth and death certificates, again, denying the indigeneity of brown peoples: http://www.sfgate.com/nation/article/Hispanic-may-be-a-race-on-2020-census-4250866.php 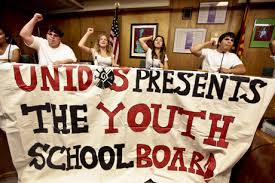 Education-Ethnic Studies: The silencing kind, Arizona style: The disappearance of the history of brown peoples in this country. This is true nationwide, but in Arizona, right wing politicos actually created a “law” (HB 2281) that, in effect, bans not just books, but  worldviews that do not comport with Greco-Roman views and values. The primary target was Raza/Mexican American Studies and the Indigenous curriculum and philosophy it was based on (In Lak Ech-You are my other Me and Panche Be-To seek the Root of the Truth. This silencing is little different from the Inquisitional priests of the 1500s that staged auto de Fes (book burnings) that made illegal the possession of Indigenous books and knowledge: http://indigenouscultures.org/nakumjournal/banning-the-aztec-calendar-indigenous-maiz-based-knowledge-at-the-heart-of-tucsons-mexican-american-studies-curriculum-and-conflict  HB2281 is still being challenged in the courts. 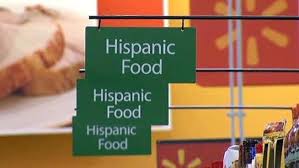 Supermarkets: The Cultural kind: You walk into a national supermarket and come across a special aisle labeled: Hispanic food. When you go down the aisle you realize that 99% of the food is actually Mexican, and more specifically, Indigenous. The foods usually are corn, beans, squash, chile, nopales (cactus) and many other foods that are Indigenous to this continent, not Spain or Hispania.

Fraternities and sororities: The making-fun-of-Mexicans kind: White students dressing up like Mexicans for “Fiestas,” Halloween or Cinco de Mayo is traditional on U.S. college campuses. Of course, when called out on it, they always retort that they were either honoring (the way American Indians are honored by the Redskin football team) or were unaware that dressing like Mexicans is a form of disrespect. Of course, these groups are equal opportunity bigots as this is also generally directed at African Americans and American Indians:http://news.yahoo.com/blogs/lookout/racist-sorority-party-photo-stirs-outrage-181258221.html 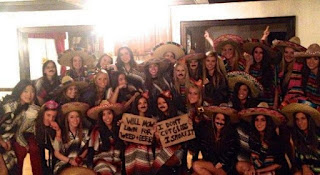 Donald Trump: The fascistic kind: There are few precedents for his brand of racism, at least in this country.  He seems to embody every kind of racism listed above, and more. He is not the first politico to call for a 2,000-mile wall, nor is he the first to call for the overturning of the 14th amendment, which guarantees birthright citizenship. Also, he is not the first to call for the mass deportation of migrants and their citizen children (according to him, whether it is 11 or 30 million) akin to Operation Wetback. Almost all right wing politicians in Arizona have called for those measures over the past 10 years:  http://www.azcentral.com/story/ejmontini/2015/07/31/donald-trump-sheriff-joe-arpaio-russell-pearce-mass-deportation-operation-wetback/30921801/ 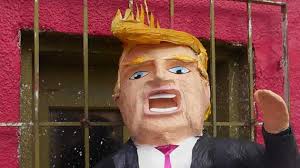 What makes Trump unique is that he truly is buffoonish, whom people want to dismiss and not take him serious, yet, no one is even close to him in the Republican primaries. He does resonate with many in this country who are not even capable of recognizing that their views are racist. Another thing to remember is that many within the Republican Party actually hold very similar views on immigrations, sans the vitriolic language: http://www.washingtonpost.com/blogs/monkey-cage/wp/2015/08/24/this-chart-explains-how-trumps-stand-on-immigration-is-hurting-the-republican-party/

Arizona on Fire: A Media and Civilizational War 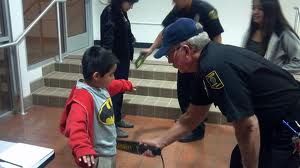 The 9th Circuit court recently ruled re the constitutionality of the anti-ethnic studies hb 2281 legislation. It rendered a split verdict. One aspect of the case is set for trial re whether there was racial animus involved by the state and whether there was disparate impact. Here is a chapter from a book in which the 1st question is answered. It was actually written seeral years, but becomes relavant as a result of this decision. The book was published in the Canary Islands (The full text is below, though it begins with my chapter: Arizona on Fire: A Media and Civilizational War:
http://cuadernosartesanos.org/2014/cac58.pdf#page=61
Posted by DrCintli at 9:42 AM No comments: