When a Racist Restaurant Opens on the Edge of Campus, What Is a University's Responsibility? 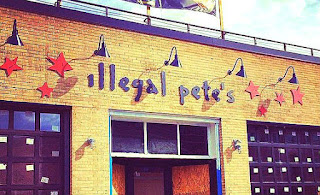 A white-owned Mexican restaurant called "Illegal Pete's" will open in December at the doorstep of the University of Arizona. A growing debate surrounds the restaurant's opening - a debate that could ultimately touch every university in the country.
In this case, the proposed restaurant is just one block from the main entrance to the university, and it is precisely where the campus pep rallies take place before the big games. Because of the restaurant's location, its opening has ramifications that go beyond legal or real estate questions. Yet, at the moment, the university is remaining neutral on this matter. But is neutrality possible when the school's primary responsibility is to ensure the safety of the university community?
This controversy involves the question: Are universities responsible for the conduct of tenants in adjoining university villages - which are the heart of university life - whether they own the property or not? In this case, this question is particularly relevant as the owner of this restaurant appears to be locating his liquor establishments near college campuses.
In this case, the opponents of the restaurant are arguing that the university's responsibility in creating a safe space for its students, staff, faculty and workers includes not simply freedom from physical harm, but also freedom from psychological harm that can occur from repeated exposure to anti-Mexican mockery and bigotry. The opponents, led by the student group MEChA (Movimiento Estudiantil Chicana/Chicano de Aztlan), have begun a petition, demanding that the owner either change the name of the restaurant or shut it down.
FOR THE REST OF THE COLUMN, GO TO: http://www.truth-out.org/opinion/item/33662-when-a-racist-restaurant-opens-on-the-edge-of-campus-what-is-a-university-s-responsibility
Also, please watch & share video:https://www.youtube.com/watch?v=TO2JCJSy5ME
Posted by DrCintli at 7:06 PM No comments:

• Some of the topics expected to be covered in these conferences: The border and its affects on Indigenous peoples, Mexicans and Central American peoples, particularly youth and women, the 2020 Census Bureau; the attack and spread of Ethnic/Raza/Indigenous Studies; violence against people of color; hate in the 2016 electoral campaigns.
Posted by DrCintli at 6:05 AM No comments: 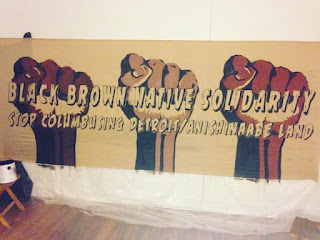 BROWN PEOPLE MAKING NOISE:
Dehumanization, denigration and wanton killings. A censored story examining why media projects the world in black and white and why it is harmful, particularly when examining issues of violence. Please read story, share, post and also see this updated version of this 15-minute video that accentuates this point.

THE STORY
http://bsnorrell.blogspot.com/…/roberto-rodriguez-uncensore…
Posted by DrCintli at 12:08 PM No comments:

ILLEGAL PETE’S MEXICAN RESTAURANT: CHANGE NAME OR SHUT IT DOWN 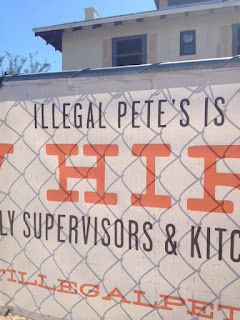