In writing my Yolqui book on law enforcement violence, a couple of things happened along the way. I have met and been in contact with more and more families who have had family members killed or brutalized extrajudicially by law enforcement – that is, without indictments or trials, etc. The trauma is immeasurable, especially sans justice. What I have further learned through my life-long monitoring of such abuse is that violence by law enforcement against Red-Black-Brown peoples is not random, but targeted, especially when considering the complicit role of the judicial system in failing to hold officers and departments accountable. No advanced country in the world has a similar track record. Some 1100-1200 people are killed yearly, absent trials.

Most cases remain virtually invisibilized, especially the cases West of the Mississippii. Unknown to most people, California and Texas lead the nation, year after year in such killings. Also unknown to most people is that the highest rates of killings happen to Indigenous peoples in this country. We know the killing of Black youths and young Black men are through the roof, and so too is the killing of Raza, with major undercounts by both the government, the media and those that count these deaths (look for a Raza database shortly on these deaths and the significant undercounts). Also, this violence is out of control generally, but the violence against these three peoples/communities can literally be traced on this continent to 1492, when Europeans viewed everyone they encountered as less than human. This is still true to this day and the evidence is that impunity. Despite the advent of videotaped evidence and social media (Youtube), prosecutions and convictions are still less than extremely rare. And thus, the unjustified killings continue unabated.
Lastly, at the end of the process of writing the book, I made a connection I had not previously made; women from these same communities are being subjected to extrajudicial violence, not by law enforcement per se, though they are guilty too, but primarily by non-state actors. The connection with that violence, and the violence by law enforcement, is that it is also being carried out with impunity. The connection is the nation’s judicial system. No investigations, thus no prosecutions, no trials, no convictions and of course, no prison time. The exceptions are extremely rare. And this applies to both of these violences. And of course, government and politicians are complicit in their failure to step forward on this issue.
Thus, on this day, Oct 22, when people and organizations bring to light law enforcement violence throughout this country, we need to also bring to light the Murdered and Missing Indigenous, African American and migrant women, who are also being hit hard by this violence. And this also includes trans women who are also being killed at extraordinary rates. The levels of violence against all these communities are literally at pandemic levels.
Solutions? Since Rodney King. Since Michael Brown. Since George Floyd. Whenever there is a high-profile killing, there is always talk of reform, but have we seen any substantial reforms? Every human rights organization, including the UN, has denounced this violence, though the killings continue. The violence continues. The impunity continues. The promises continue. The invisibilzation and the silencings continue. The lack of justice also continues. Without any other seeming recourse, it is high time to bring a legal case not simply to the UN’s International Criminal Court at the Hague. It should also be brought to the OAS. The time of impunity has to come to an end. 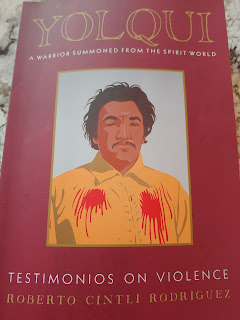